Reno, Nevada – July 14, 2018 – The Disabled American Veterans (DAV) has named JMA Solutions as the 2018 Small Employer of the Year. Each year, DAV recognizes employers across the United States whose efforts ensure veterans are properly supported and receive suitable employment opportunities. JMA was selected over more than a dozen of small businesses (249 or fewer employees) for its veteran recruiting efforts and outreach program. Over the last year, JMA’s veteran workforce has increased to 19% due to the company’s outreach with local veteran employment representatives and transition assistance programs.
“It is an honor to receive DAV’s Small Employer of the Year Award for our veteran recruiting efforts,” said JMA Solutions president and CEO Jan Adams, a DAV life member of Chapter 17, Washington, D.C. “As a part of the veteran community, I believe we should work together to ensure veterans and their families are supported for their selfless sacrifice in serving our nation.”

About DAV
DAV empowers veterans to lead high-quality lives with respect and dignity. It is dedicated to a single purpose: fulfilling our promises to the men and women who served. DAV does this by ensuring that veterans and their families can access the full range of benefits available to them; fighting for the interests of America’s injured heroes on Capitol Hill; providing employment resources to veterans and their spouses; and educating the public about the great sacrifices and needs of veterans transitioning back to civilian life. DAV, a nonprofit organization with more than 1 million members, was founded in 1920 and chartered by the U. S. Congress in 1932.

October 26, 2017, Washington, DC -- SmartCEO has named JMA Solutions’, President and CEO, Janice Adams, a recipient of the 2017 Brava Awards for the Washington DC area. The Brava Awards celebrates and acknowledges female business leaders who are not only exceptional leaders to their companies but who are also driving forces within the community. This year’s winners collectively generate more than $186 million in annual revenue and employ over 380 individuals.

“My team loves that we give back” said President and CEO Jan Adams. “The smiles and the appreciation we get is a boost.”

About the Brava Awards
The Brava Awards program celebrates high-impact female business leaders in three categories: CEOs, Executive Directors of Nonprofits, and C-suite executives. Brava award winners combine their irrepressible entrepreneurial spirit with a passion for giving back to the community, and are exemplary leaders of both their companies and their communities. They encourage local philanthropy, mentor up-and-coming leaders and set their companies on the path to tremendous growth. Each year, an independent committee of local business leaders selects winners based on company growth, community impact and mentoring. SmartCEO shares their inspiring stories in SmartCEO magazine and celebrates their success at a high-energy awards gala.

JAN ADAMS AND JMA SOLUTIONS FEATURED IN O, THE OPRAH MAGAZINE AND ENTREPRENEUR 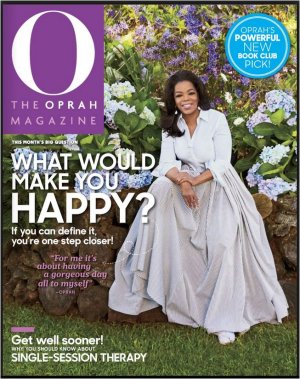 July 2018 Cover of Oprah MagazineJune 16, 2018: Jan Adams and JMA Solutions are featured in the July issue (subscription edition only) of O, The Oprah Magazine and Entrepreneur. The article illustrates Jan Adams' success in growing an award-winning government consulting firm. JMA Solutions' philantrophic efforts include contributions to District of Columbia's Adopt-A-School Program, Toys for Tots, USO, and the Down Syndrome Foundation.

Her advice to aspiring business leaders?  "If you have a dream, follow it.  If you stumble and fall along the way, get up, keep pursuing that dream, and you will succeed." 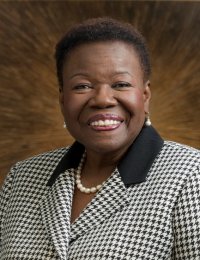 Jan Adams, President and CEO of JMA SolutionsJan Adams was named recipient of one of the Top 25 Influential Black Women in Business Awards by The Network Journal.

March 16, 2018, Washington, DC. The Network Journal has named President and CEO, Jan Adams, as a recipient of the 25 Influential Black Women in Business Awards. This award honors women whose professional achievements have significantly impacted an industry or profession, and who have also made an important contribution to their community. Coming from all parts of the world, the honorees excel in their industry sectors across the playing field. The winners of this award will be celebrated during an Awards Luncheon on March 16, 2018 at the New York Marriott Marquis in New York City.

“It is an honor to be recognized among these 25, more-than-deserving, female corporate and community leaders” said President and CEO Jan Adams. “It is our passion of giving back that has allowed us to share this platform and to stand as role models for the next generation of emerging executives and CEOs.”

About the 25 Influential Black Women in Business Awards
Launched in March 1999, The Network Journal's 25 Influential Black Women in Business Award honors women whose professional achievements have significantly impacted an industry or profession, and who have also made an important contribution to their communities. A "TNJ25" honoree typically is a business owner, or a partner, president, CEO, board chair, or other senior-management executives with significant decision-making authority in the corporate, nonprofit (including academia and medicine), or government sector.

About The Network Journal
Founded in 1993, The Network Journal (TNJ) is an award-winning magazine published quarterly. It provides news and commentary on issues that affect the growth of business and the advancement of professionals in the workplace for an audience of predominantly African-American professionals, corporate executives, and small-business owners. Engaging more than 98,325 readers per issue, TNJ is distributed nationwide, with a focus on the New York tri-state area. Its daily digital edition at tnj.com reaches a global audience.

February, 2018.  JMA Solutions is pleased to announce that its Quality Management System (QMS) has been ISO 9001:2015 assessed and approved. ISO 9001:2015 is the latest revision of the world’s most widely applied international standard on quality management systems. Companies worldwide adhere to this standard to demonstrate that their products and services maintain the highest quality.

The newest version of the ISO 9001 certification contains key updates including an emphasis on risk-based thinking to enhance the application of the process approach, improved applicability for services and increased leadership requirements.

“At JMA, our mission has always been to provide outstanding customer support that exceeds our customers’ needs and expectations” said President and CEO Jan Adams. “Receiving this certification is a testament that shows our processes are continuously being improved and refined to go above and beyond.”

About ISO 9001:2015
Established by the International Organization for Standardization, ISO 9001:2015 is recognized as the worldwide standard for quality management systems and practices. The standards body provides requirements, guidance, and tools for companies and organizations to ensure their products and services consistently meet customers' expectations and that quality is consistently improved. It can be used by any organization, large or small, regardless of its field of activity. ISO 9001:2015 has been implemented by over one million companies and organizations in over 170 countries.

January 24, 2017, Washington, DC — JMA Solutions, LLC today announced that its PMO Operations have been appraised at CMMI Maturity Level 2 for Services. The appraisal was performed by Mosaic Technologies Group, Inc. CMMI is a capability improvement framework that provides organizations with the essential elements of effective processes that, when correctly applied, ultimately improve their performance.

“CMMI Maturity Level 2 defines our commitment to excellence as well as the development of solutions we deliver to our customers” said President and CEO Jan Adams. “This is a significant achievement and we are working aggressively to acquire CMMI Maturity Level 3.”

JMA's certification badge is shown below.

About CMMI® Institute
CMMI Institute (CMMIInstitute.com) is the global leader in the advancement of best practices in people, process, and technology. The Institute provides the tools and support for organizations to benchmark their capabilities and build maturity by comparing their operations to best practices and identifying performance gaps. For over 25 years, thousands of high-performing organizations in a variety of industries, including aerospace, finance, health services, software, defense, transportation,and telecommunications, have earned a CMMI maturity level rating and proved they are capable business partners and suppliers. To learn more about how CMMI can help your organization elevate performance, visit CMMIinstitute.com.

This email address is being protected from spambots. You need JavaScript enabled to view it.